The Joy of Six Nations 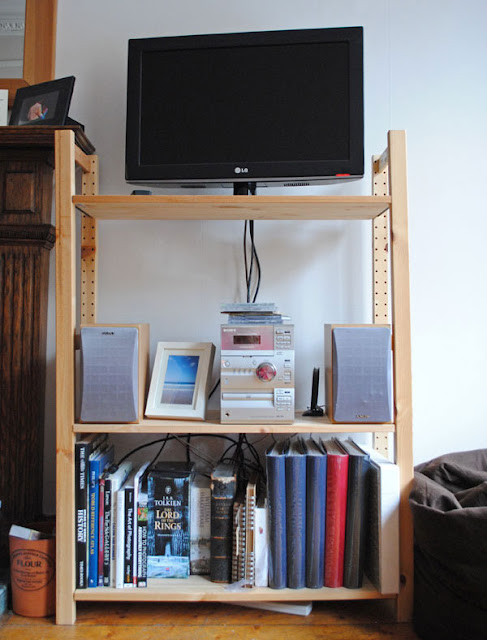 We moved the TV from its usual position on the bookshelf partially hidden to high above all so that everyone watching the game in our living room could see it.

If you’re a football fan, when was the last time you enjoyed watching it? Enjoyed it for the simple, exciting game that can be? Enjoyed it untainted by the vitriol of the crowd, the injustice of the salaries, the corruption of the administrators, or the behaviour of the players? I really can’t remember when I last experienced that.

That annoys me, because I love football. I’m thrilled by the beauty of well-executed team moves and individual pieces of skill, I’m fascinated by it as an exploration of leadership and character, and I’m enthralled by how the whole thing can all change in a moment of talent or luck. But all these elements have contributed to football’s downfall. It’s too good for its own good: people can’t get enough of it, so there’s easy money to be made, and that’s a way in for all kinds of evil.

As I watched England play against Wales in the rugby union Six Nations tournament on Saturday, and cheered them on in creditable defeat with some friends, I found myself enjoying the game so much that I actually noticed my enjoyment. I rejoiced in the joy, as it were. This was sport being played well by talented and committed players. There were narratives to hold the attention, such as the re-birth of the England team. Despite an occasional outbreak of TV bluster, the Six Nations doesn’t have an insatiable appetite for my attention, (how could a tournament so brief and parochial do so?) Football seemed bloated and diseased in comparison.

Was it anything other than the presence of more money that created these differences? There may be something philosophical as well. In modern football the most important thing is the player, and in rugby it’s the game that matters most. That’s why rugby will discipline its participants so severely for behaviour that risks the reputation of the sport, from ten minutes off the pitch to lengthy suspensions. Football clearly doesn’t have the same mindset, and the result is the unpleasant anarchy so incessantly displayed. Football-supporting men may laugh at women for not understanding the offside rule, but their game doesn’t understand the purpose of rules. That’s why footballers swear at their referees and rugby players call them “Sir”.

I’m aware from my time at university and the exploits of the England team at last year’s World Cup that rugby players aren’t angels; perhaps my enjoyment on Saturday was enhanced because I knew barely a thing about the players other than what they were doing on the pitch. Perhaps that is how sport can be best enjoyed, short of actually getting out on the pitch yourself.

Other sports seem to aspire to football’s level of impact but they should be careful what they wish for.
Labels: Culture Ethics Money Sport