This evening I visited the Edinburgh College of Art's degree show, where the graduating students display their best work and people like me try not to look too uncool or ask embarrassing questions like "What is it?"

I went first to see my friend Hannah Mott's explorations in paint. Hannah has been examining the texture of paint and how it can be manipulated, first physically and then, after taking high resolution close-up photographs, electronically. Combined with unconventionally-shaped canvases, the result is a series of striking images that manage to combine movement and order, they're both lifelike and unusual. 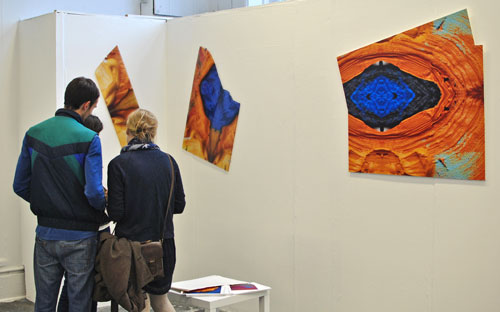 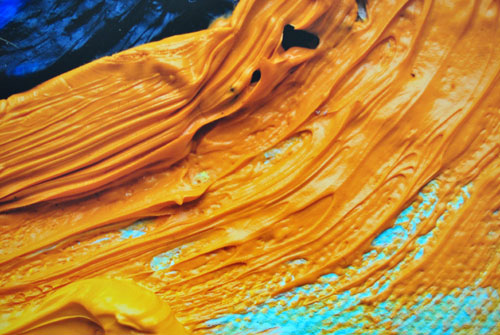 In the same room, Bernadett Khandakar took the biblical story of Jephtah's tragic and foolish vow as her inspiration. The shapes of the Hebrew characters has been combined with emotive colours to create an abstract but powerful telling of the story: the heat of battle when Jephtah made his terrible decision, the pious character of his daughter, and the ambiguity of the resolution and God's sovereignty. 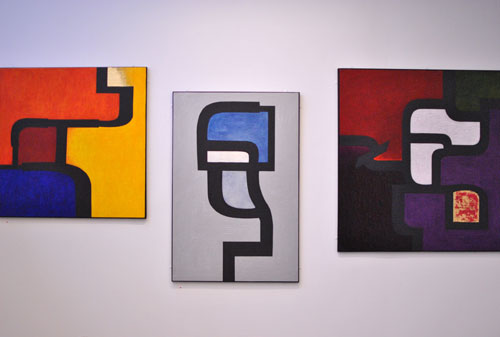 Lucinda Cook also responded to a text from the Old Testament, the prophet Ezekiel's encounter with YHWH. She had constructed a wall of spinning disks which initially seemed to be of single colours, but motion sensors caused them to slow down when you got closer to them, revealing a variety of multicoloured designs. I found this wonderfully engaging and thought-provoking. 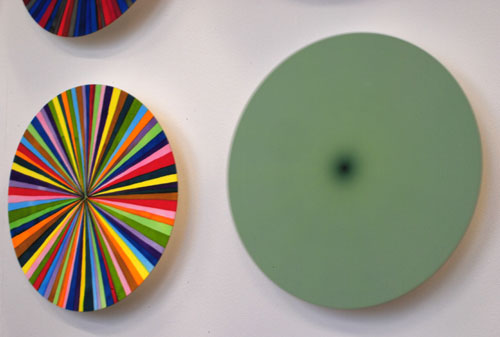 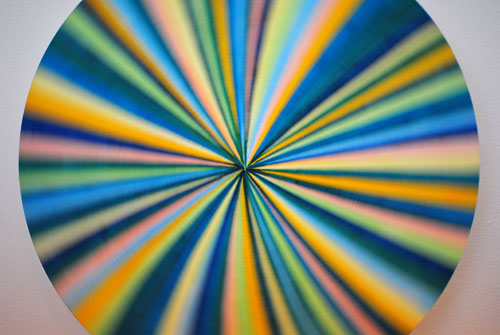 Polly Mills has an amount of patience and concentration that staggered me. Her works are handmade repetitions of simple, organic designs, an incredible echo of the micro and macro of nature. I was so impressed that I forgot to photograph them, so check out her site to see them for yourself (remembering that they're much bigger than your screen).

Polly's work confirmed what I'd been thinking about all the artists I saw: they had invested so much time and skill into what they had done. They were as much artisans as artists. This meant that their art could be explored, considered, and appreciated, without the need for an interpreter. I found this liberating. Certainly their explanations helped but the power relationship of all-knowing artist and ignorant observer had been dismantled. What they had made had meaning and beauty and brought fresh perspectives and surprises. I left excited and happy.