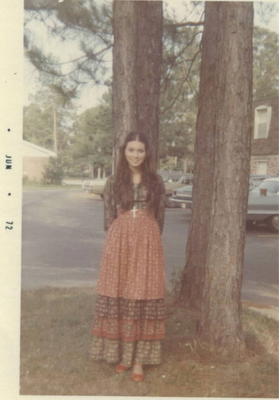 I’ve borrowed the photo above from Ray Orlund’s tribute to his wife. You shouldn’t need the date printed on it to tell you that it was taken around the 1970s, you just have to consider the fashion and the cars in the shot. The other clue is the look of the image itself. It has, of course, faded over time but the saturation levels and dominant colours indicate a certain era of photography. Or at least they used to, before the arrival of Instagram. Now my Facebook news feed is littered with pictures that were taken yesterday but look like they come from the 70s. I find this kind of thing annoying... 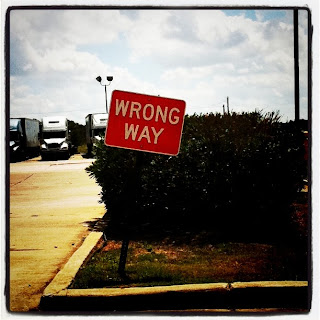 This isn’t a snobbish photographer's moan, I hope. I don’t believe that there is a neutral standard in photography and claims that there is must be arbitrary. Taking and sharing a photo may often seem thoughtless but it always involves making decisions which affect the final result. The number of changes you can make are enormous, whether you’ve been commissioned to produce a portfolio for a model using a £5,000 professional DSLR and Photoshop CS6 and are making almost all those choices yourself, or you’re snapping your mates with pre-sets of the camera that was stuck on your phone almost as an afterthought before slapping a vintage filter on it and uploading it to Facebook. What you see, how you take the shot, and what you do with the image afterwards are all variable.

The technical choices available evolve over time (from dark rooms to computers, for example), and it’s perhaps the change that many people resent more than the principle. In some ways this is an issue as old as art itself, and the ease of digital photographic manipulation is just another chapter of the same controversy that the Impressionists created and people who don’t understand Orthodox iconography still stumble over. Maybe the paleolithic cave painters had the same arguments but in monosyllables and with clubs.

I love how easy apps like Instagram and Hipstamatic make sharing photos, and when I get a phone that can cope with them, I will use them, just as I currently use photo editing software to adjust many of my DSLR photos. I just think that we’re in danger of creating an archive of images that bear no relation to where and when they were taken, and that’s important. I don’t expect photos to reproduce reality, but without a sense of time and place they become less real, and when everyone uses the same “distinctive” filter they all look the same. And that’s the last thing a photograph should be.

All that being said, if you want to be freaked out by how much we can change what photos look like, and how often we are lied to about what humans look like by the (non-social) media, check out Portrait Professional’s before-and-after galleries.