Wandering around Edinburgh with a decent camera on my phone is a lot of fun. It's Fringe season so people are here from all over the world, there's a sense of excitement but not much in the way of sport: it's like the Olympics for the kids who didn't do PE. Despite this, there's a great Olympic feeling even this far north of London. 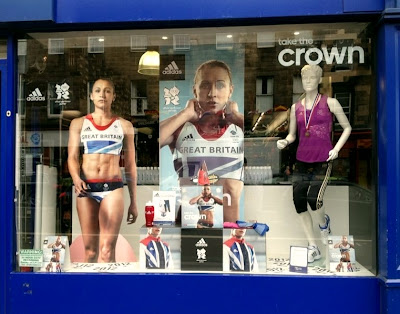 We have our own rings! They were due to be put on the side of the castle but this would have upset the ghost of William Wallace or something so they ended up on The Mound, overlooking the city centre. 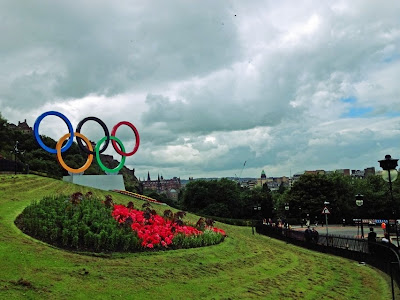 There's also a big screen in Festival Square, with free seating and slightly contradictory sponsorship from Cadbury's and a triathlon organisation. 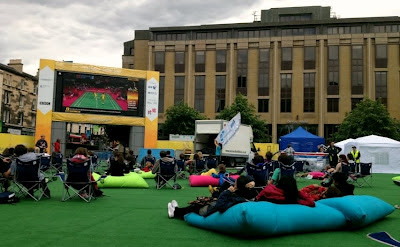 The atmosphere was very calm when we were there, probably because it was showing Chinese badminton. Probably when Sir Chris Hoy and Katherine Granger were on screen it was a bit more raucous. They won golds, by the way... 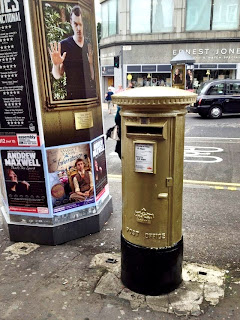 Elsewhere, and nothing to do with the Olympics, lunch for museum staff: 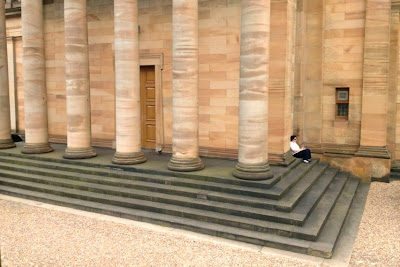