How God gave us an amazing home 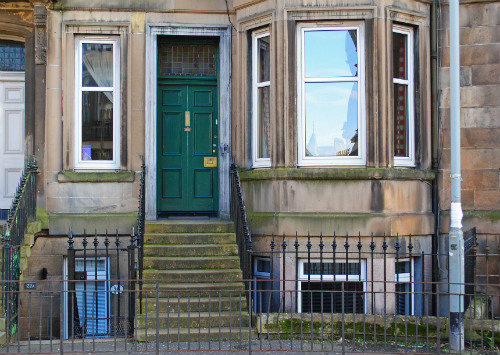 On an otherwise innocuous Tuesday afternoon, I received a phone call from my letting agent informing me that Deb and I had two months to find a new home. This is the story of how God sorted us out with a place of our own in six weeks.

He has always been amazingly good to me with where I've lived and how I've got there, so I was able to respond to this sudden news with confident trust in Him, rather than fear about how we would sort this out. That night we chatted, prayed, and decided to see if it would be possible to buy something. We had been looking occasionally, in that married couple way, at property websites over the previous few months, thinking about where we’d like to live, what we really wanted in a home, what we didn’t care about, etc. We had a lots of ideas, some convictions, and quite a large amount of uncertainties. Flats are the standard where we are: street after street of huge Victorian buildings. This had occupied Deb’s thoughts a lot: did she prefer the convenience of a ground-floor flat, or the sense of security that we’d get from sleeping higher up? After the letting agent’s phone call, all these hypotheticals were going to became very real.

The next day, when Deb was praying on her way to work, an email arrived on her phone from one of the property websites that she’d idly decided to subscribe to a couple of days before. It was highlighting a flat that was fresh on the market, in our area and within our budget. It was a “main door” flat but was raised off the street by a small flight of steps and had a basement flat beneath it meaning the bedroom was well off the ground. In other words, the perfect solution to Deb’s biggest concern.

I booked a viewing for that evening and was shown around a beautiful flat, far larger than anything we’d seen in our budget, a family home whose owners were moving for the best of reasons. On top of all this (which was enough), there were so many other details that fitted remarkably with what we’d hoped for but never thought it sensible to consider essential: double glazing, all the kitchen goods including a dishwasher were part of the sale (we owned none), there were four big storage cupboards (storage makes me happy), every room was well decorated, the shower was better than in most hotels I’ve stayed in, the shared back garden was large and secluded, there even was a working live fireplace! Then the tour took me to the study and suddenly I was looking at rows of books I recognised because I owned them: Bibles and other Christian study resources. “Are you guys Christians?” I rather pointlessly asked. In fact, they were part of a church that was using our church's building for its afternoon services over the summer and we had a bunch of mutual friends. They’d been praying to sell it to someone like us. All in all, it was a set-up. Some things are coincidences, but I wasn’t prepared to rob God of any of the credit for this.

Deb was away working so couldn’t check it out for herself that day, I tried to give her the best explanation I could over the phone but it almost seemed irrelevant and she was soon convinced too: God wanted us to buy this flat. How to proceed? Three friends we chatted to that evening said independently of each other, “Just make a bid.” You shouldn’t really do that in Scotland because people can use it as a negotiating tool with other interested parties. We did it anyway and the owners accepted; I don’t suppose their solicitors thought that was a good idea either.

Plenty of complicated and amazing things happened over the following weeks, throughout which we were blessed relentlessly. We moved in two weeks before our lease ended, giving us plenty of time to get the old flat in order.

A couple of months later, we’re still stunned and thrilled with God for what He has done. I don’t believe that being a Christian guarantees smooth house moves or any other material advantages, but I do know that we have a heavenly Father who loves us better than we know and is able to answer our prayers “far more abundantly than all that we ask or think” (Ephesians 3:20) - for His glory, our joy, and the good of those around us. We’ve had 50 students round for Sunday lunches, we’re hosting a lodger who needs somewhere to stay, another friend is using some of our storage. If God hadn’t given us such a big home we could never have fitted everyone in. He said to Abraham, “I’ll bless you and bless the world through you.” (Genesis 12) - it’s a lot of fun when He does that. 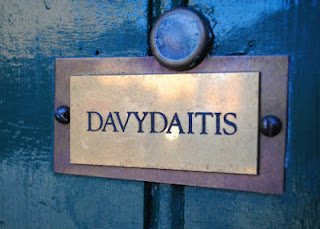