Storms on the Internet and elsewhere 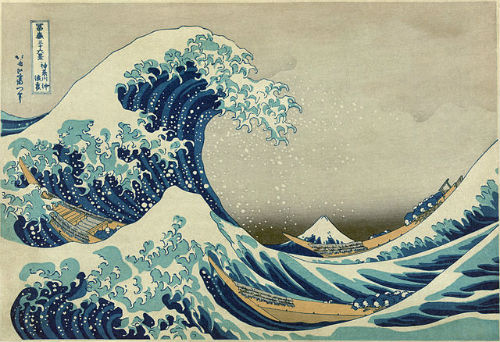 When I was a teenager in the mid-1990’s, one of the common objections to Christianity was its claim that every person needed to be rescued by God from the consequences of their evil behaviour. The argument against this essentially was: we’re all good people (apart from Hitler), so what the Bible says about us being bad can’t be right. I think that the rise of the Internet since then is battering this objection.

We have a mirror now like never before, swelling and seething with volcanic heat, intensity, and destructive force. We can see creativity and innovation but there is also rage and cruelty. Comments sections and Twitter are where these forces are most often noticed, to say nothing of what exists in the web’s hidden places. The dividing line between Hitler and us is not as definite as we once hoped – or at least there are more people on the other side than we thought.

I’m writing this now because the number of so-called Twitter storms I encounter seems to be increasing, despite me living a relatively tabloid-free life. Another day, another writer / performer / player / company / ordinary person at the centre of a raging maelstrom of vilification.

Maybe it’s just a post-2008 thing and we haven’t got a war going on to define the ‘other’ for us clearly enough. Economic crisis is often followed by conflict because hungry people are angry people and the easiest way to fix their aggrieving deprivation is to take it out on someone else, and then take their stuff. In which case, storms on the internet may be seen as the lesser of evils, a first world problem. The root of the problem, however, is in our species’ angry hearts that have acted in variations on this theme for almost as long as we have been here.

Christians are at risk from both sides. A sincere, sensitive comment about a controversial issue can unleash a deluge of criticism and worse, eviscerating the concept of free speech. But there are also plenty of insincere, insensitive Christians speaking too, and our history in this area is not impeccable either. So how should they respond, and take initiative?

The defining way in which God deals with that which angers Him is to come to earth humbly and gently (Matthew 11:29). In His legitimate anger with us, God sent His Son to die for us that we could be reconciled to Him and each other. If this God is at work in you, this is what you can do:


“You have heard that it was said, ‘You shall love your neighbour and hate your enemy.’ But I say to you, Love your enemies and pray for those who persecute you, so that you may be sons of your Father who is in heaven.” (Matthew 5:43-45)

That is right living according to the Bible, and it’s only possible when that self-giving God has been given access to change your heart. Then a new way of life can be learnt:


Know this, my beloved brothers and sisters: let every person be quick to hear, slow to speak, slow to anger; for the anger of man does not produce the righteousness of God. (James 1:19-20)

But what about being a force for change against those things that truly are wrong (as opposed to what just upsets our sensibilities or historic privileges)? Jesus’ follower Paul saw a division that western Christians too often don’t, perhaps because they still remember being ‘in charge’:


For we do not wrestle against flesh and blood [i.e. people], but against the rulers, against the authorities, against the cosmic powers over this present darkness, against the spiritual forces of evil in the heavenly places. (Ephesians 6:12)

He goes on to define this battle as being fought in prayer and a Jesus-imitating lifestyle. In this way, barbaric peoples have been transformed into creators, bitter families have been re-united, and the anger in many hearts has been healed. These are greater miracles than stopping a storm on a lake, and God is eager to keep doing them through His people.