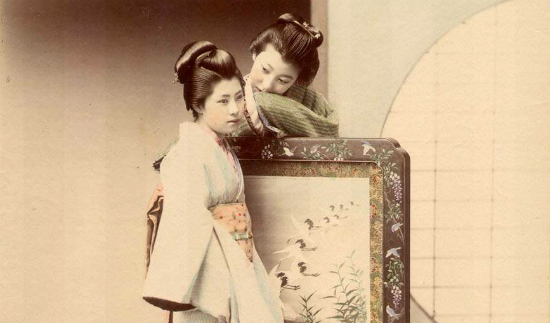 Alan Jacob's article in First Things, "Lena Dunham and the Inviolable Self", is another helpful attempt to get Christians in the western world to understand the times they are living in.

He contrasts the worlds of Lena Dunham's TV show Girls, focusing on its treatment of a character called Adam who seems reprehensible to him but not to the cast and fans of the show, with Jane Austen's Mansfield Park, particularly its “morally untethered, and therefore (yes) dangerous” brother and sister, Henry and Mary Crawford.


“The great theme of Mansfield Park is moral education: the difficulty and necessity of pursuing it, the stability and patience it yields to those who have been given it, the terrible price paid by those lacking it, who therefore find themselves at the mercy of ’a mind unused to make any sacrifice to right.’”

The world in which Girls exists is entirely different. Its moral framework - a term it might deplore - being best described by Woody Allen when challenged about his affair with his lover’s adopted daughter: “The heart wants what it wants.” This is not an extension or progression from Austen, the basic assumptions are utterly different which means conversations between the two are impossible.


“we somehow have to weigh together, perhaps even adjudicate between, demands emanating from the ethical outlooks of very different cultures and civilizations. Here we tend to struggle without being able to find any common ground from which to reason in a way that people from both cultures could be induced to accept.”

Each “world” has its values, buried so deep as to be unseen and therefore simply assumed, which it will defend at all costs, to the likely bafflement of others. (I've recently been thinking that “fear and loathing” describe the mutual discomprehensions of conservatives and liberals. In British newspaper terms: The Mail fears The Guardian, and The Guardian loathes The Mail. I'm not cheering for either of those teams, by the way.)

So what is at the heart of Girls and the worldview it represents in the stories it tells?


“Our selves remain pure and free regardless of our actions with others or theirs toward us.”

Whether you agree with that assessment or not, what's really interesting is that Jacobs sees this value as expressed in “sacred parables” and therefore not a topic for debate, it simply is the case. To question this would be to question gravity, or evolution. To challenge this value is like telling those who hold it that the letters they use to make words are suspect.

What should Christians do, wishing to critique another culture's sacred parables: is this is an impossible job that is best not attempted?


“surely this would be a failure of compassion: Only the most devastatingly traumatic events are likely to shake people’s faith in what they have designated as sacred, and it cannot be loving to wish such trauma on others, no matter how wrong we believe them to be. Perhaps even more important, turning aside is also a failure of imagination—a failure to explore the possibilities of indirect communication.”

Søren Kierkegaard, who described such underlying beliefs as illusions, offered a solution long ago:


“an illusion can never be destroyed directly, and only by indirect means can it be radically removed.”

In other words, many logical, biblical preaches, books, and blog posts critiquing the worldview expressed by Girls will have precious little effect, except momentarily on the morale of those who already agree. I write this as a preacher, reader and writer who rejoices in biblical thinking.

The better alternative, in the words of Paul Griffiths, is to show the truly good “until its radiance dazzles the pagan eye.” This recruits our daily lives and our imaginations.

So Jacobs waits, “with all the patience I can muster, for another Jane Austen.”

I accept the challenge of telling better tales: the Bible and every culture on earth is too full of stories for Christians to consider them an occasional variation from the real business of presenting facts.

My doubts arise as I consider the past hundred years. Did the great Christian writers of the Twentieth Century have this desired effect? It seems that they did not, which leaves me wondering if that was their fault, or the fault of the proposition being made here.

What is most helpful is the clarification that many Western Christians think that they're having discussions on the same terms with people who believe fundamentally different things to them. We're not in Christendom any more. (They also therefore need to think carefully about what they can engage with and accept from a culture foundationally at odds with what we believe to be true.) To put it in New Testament terms: this is talking with Gentiles, not Jews. That's fine, God is excellent at bringing His Kingdom into pagan realms. We just have to make sure we're aware of this and responsive to Him as He does this.

There's a true story to tell with an almighty hero and an as-yet unnumbered cast.


“The god of this world has blinded the minds of the unbelievers, to keep them from seeing the light of the gospel of the glory of Christ, who is the image of God. For what we proclaim is not ourselves, but Jesus Christ as Lord, with ourselves as your servants for Jesus' sake. For God, who said, ’Let light shine out of darkness,’ has shone in our hearts to give the light of the knowledge of the glory of God in the face of Jesus Christ. But we have this treasure in jars of clay, to show that the surpassing power belongs to God and not to us.”