Here's what I've been looking at... 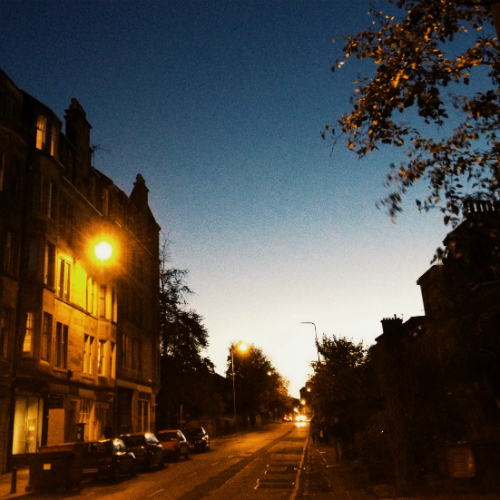 The walk home from work is getting darker quicker. Scotland will soon be enveloped in night with the sun barely scraping over the horizon.

A more exciting and inspiring selection of photos, courtesy of the RAF.

In Christianity Today, a professor of economics and international studies presents his research into how incredibly effective child sponsorship can be.

Dame Judi Dench describes Christianity as "a strength I can't do without."

If you're looking for a new ethical bank, it seems you could do worse than the Salvation Army.

Russell Brand wrote in the New Statesman about the need for revolution and the pointlessness of voting. He got nicely slapped down by Timothy Stanley and Robert Webb.

The conquest of Judea in the Old Testament is one of the most controversial and misunderstood passages in the Bible. Explanations by Derek Rishmary and Lawson Stone give a more accurate context than you may have heard before.

James Blake won the Mercury Prize this week. His album Overgrown had only sold 28,000 copies before then, so I feel rather ahead of the curve on this one, having been tipped off by Sounds Good To Me Too and bought it months ago. Here's a flavour of its modern British soul...