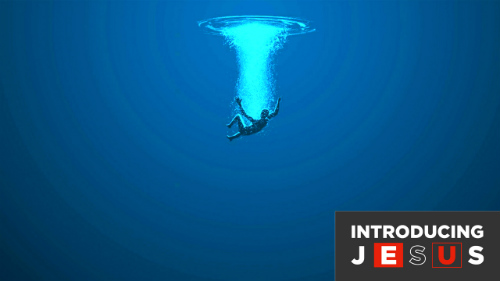 As part of our church's "Introducing Jesus" preaching series, I spoke on "Jesus the Spirit-baptiser". You can listen to it here.

Here are the edited highlights...

What does “baptise with the Holy Spirit” mean?

All four gospels include John the Baptist’s declaration about Jesus, that John baptised with water but Jesus will baptise with the Holy Spirit (Matthew 3:11, Mark 1:8, Luke 3:16, John 1:29-34).

What is “baptism”? From the Greek word “baptizo” which means to dip / plunge / immerse, for example cloth was dyed by “baptising” it into dye. Carried implication of being overwhelmed: the Greek philosopher Plato used it to describe one of his students who was being outsmarted by those around him. In the Jewish context that John and Jesus lived in, there were purification and conversion rituals that involved immersion into water, a practice John continued (Matthew 3:5-6), and which Jesus and the early church made part of entry into the church (Matthew 28:19, Acts 2:41 etc).

There are several other phrases used in the New Testament that are best understood as meaning the same or similar to “baptise” when used to describe the Holy Spirit’s action: filled, poured out on, received, fell upon…

The Bible’s big story: God with His people

At each stage of history described by the Bible, we see that God’s intention is to be with His people:


Where does that leave us now? The emphasis of the story seemed to be that He was getting closer and closer – but has He left us to ourselves for now? Has the situation got worse for us than it was when Jesus was on the earth?

The Spirit in John and Luke’s writings (highlights)

The Holy Spirit is the promised presence of God and power of God with us right now. It’s better that He is here than Jesus because He can meet personally with each of us, all the time. Our closeness with Him is the guarantee of our eternal closeness with God in the age to come (2 Corinthians 1:22, Ephesians 1:13-14). Jesus brings us into this dynamic relationship, baptising us with the Spirit.

1. The giving of the Spirit in this way was for the time before the church had the Bible.

The mission for God’s people is the same: “you will be my witnesses in Jerusalem and in all Judea and Samaria, and to the end of the earth” (Acts 1:8), so why isn’t the first half of that verse true for us too: “But you will receive power when the Holy Spirit has come upon you”?

Some argue that 1 Corinthians 13:9-10 says there’s been an end to the gifts the Spirit gives us but the “perfect” it refers to surely is the return of Jesus rather than the publication of the Bible.

2. Didn’t I get everything I needed when I became a Christian?

The Bible is clear that there is a maturing process for all believers, but is equally clear on the need for us to receive the Spirit’s power too. As Martyn Lloyd-Jones puts it:

3. I’m not good enough for God to bless me in this way.

Of course you’re not! Where in the Bible do you see perfect people receiving the Spirit? Peter denied Jesus, Paul killed Christians, others had recently been pagans. There’s no cause for snobbery or inferiority with the Spirit – He is given freely to all who ask.

The Holy Spirit is not a reward for good behaviour, He is what we need to live right. No army commander says to their troops, “Go out and fight, and if you do really well this time, next time I’ll give you guns.”

Essentially: ask. Jesus invites those who thirst (John 7:37-39) and promises the Spirit to those who ask/seek/knock (Luke 11:9-13). God’s not cruel: when He invites you to ask for something it’s because He’s going to give it to you. What He’s looking for from us is faith, believing that this is true: your expectation is His invitation. Don’t let your previous experiences define the truth, let God’s truth shape what you expect

Practically, many of us ask with actions as well as words: holding out our hands in a receiving manner. Most but not all New Testament accounts of being filled with the Spirit involve those who have already received laying their hands on those who haven’t. Often in our times of receiving we start by worshipping and welcoming God, and we ourselves are to ask Him to fall on us, as well as inviting others to pray for us.

Looking at those stories in Acts, there’s always the implication that something noticeable happens when people are baptised with the Spirit – Simon the Magician wanted to pay for the ability to do it (Acts 8:19)! Sometimes other people see first: those praying for you or noticing how God has changed you. Two words summarise what we can expect: presence and power. We know God is with us as we experience His love or peace, He fills us with joy in Him. Because we know that He is with us, we become bolder, and we hear His voice. His power brings healing, freedom, and gifts of the Spirit such as speaking in spiritual languages and prophetic words.

Don’t despise small things, that’s a very important Kingdom principle because God often starts small and grows things. This is an entry point into receiving repeatedly (Ephesians 5:18 uses the present continuous tense: go on being filled with the Spirit). The ultimate proof is that you know and love Jesus better.