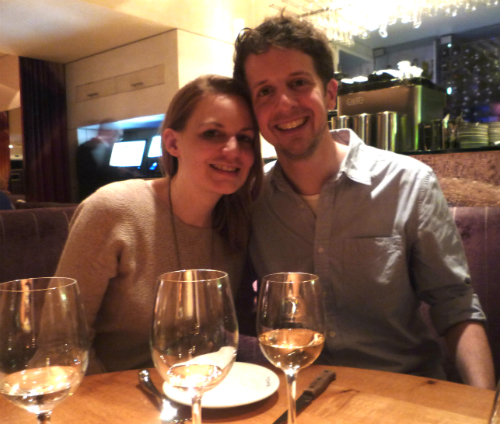 We celebrated Deb's birthday in a very posh restaurant, declining to spend £1,800 on a bottle of wine (or anything else, for that matter).

The latest "church in danger" headline is dealt with by the calm faith of Archbishop Cranmer. I don't fully agree with his conclusion but he's not entirely wrong, either.

"Some physicists simply feel that the existence of stars and planets and life ought not to require so much ‘luck’"observes Tim Maudlin, ending rather as Prince George once did.

Some of Edinburgh's best places for coffee get rated by Tim Pemberton.

An interview with and introduction to Neil Gaiman, one of Britain's most influential authors, from Laurie Penny.

In the Rugby League World Cup, Fiji and Samoa's player smashed into each other for 80 minutes. Then prayed together.

Roll an F16 fighter jet, fire off some flares, take a selfie. All in a moment's work for this guy.

Unionists taking the result of next year's Scottish independence referendum for granted are warned not to by Alex Massie.

And finally, if that wasn't concerning enough, Russell Crowe has got his worried face on...