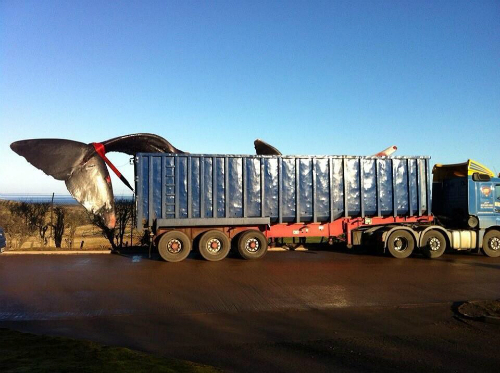 A dead whale was washed up near Edinburgh and taken away in a less than dignified manner. (Photo credit: Scottish Marine Animal Stranding Scheme)

The fall of Christianity and the rise of a new intolerance in British public life is charted in helpful detail by Christina Odone. A similar theme is taken by Charles Moore in his assessment of how free speech is currently being determined.

PC sales are in decline and Marcus Wohlsen sees the web going the same way.

I think it was George Bernard Shaw who said, "God created man in his own image, and man has been trying to repay the favour ever since." Nathanael Smith takes those kind of people to task.