What is beneath and beyond 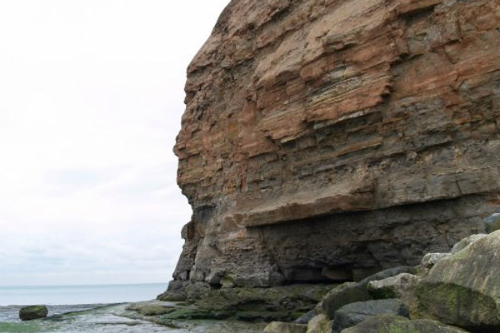 When travelling through the British countryside, I try to see two things at once: what is there now, and what used to be. Most of the time I don't have much more than a vague idea of a place's past but what I enjoy is the sense of depth. I was reminded of this when reading Mike Cosper's explanation of why the Star Wars prequels were rubbish (irrespective of Jar Jar Binks):


"There was an air of mystery in the original trilogy, a sense of something unknown. Even the primitive special effects served this purpose, leaving space for the imagination to fill in the gaps... It was an open world with questions to explore and a sense of the unknown. The prequels, then, made the mistake of disenchanting the world. The mysteries all had answers."

J.R.R. Tolkien mastered this: The Lord of the Rings is dense with references to unknown people, places, events, and even languages, many of which are never fully explained but still seem coherent with what we are told. That's what gives it, and the original Star Wars films, much of their power as stories - they are partial and therefore suggestive of something greater. As Cosper explains, the Star Wars prequels destroyed this magic by explaining everything.

One of the points of his article is that the current western mindset assumes that explanations can be given for anything. Everything is material, nothing can be inscrutable. Despite the triumph of this way of thinking over the past 300 years, it isn't satisfying for most people: there is still a yearning for more, for the truth beyond what we can see or what we're being told. Christians should encourage this, rather than just engaging in a battle of comprehensive point-by-point arguments. While God has made definitive statements about Himself and other matters, including ourselves, He has not shown us everything. We should feel, and encourage others to feel, that there are more things in heaven and earth, than are dreamt of in Dawkins et. al.'s philosophy.
Labels: Culture Faith Reflections