A Lament for The Hobbit 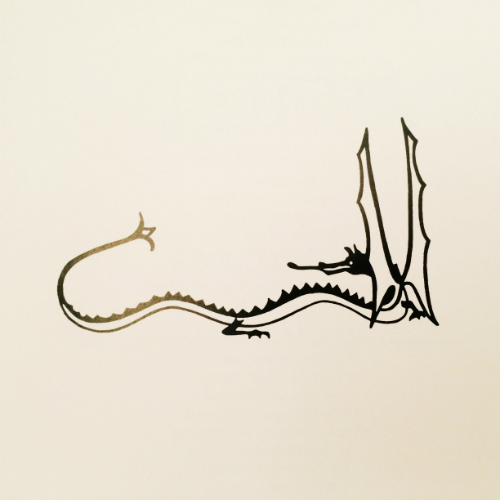 "Nearly all men can stand adversity, but if you want to test a man’s character, give him power.”
- Abraham Lincoln

Alas for lovers of J.R.R. Tolkien's Middle-Earth, Peter Jackson has failed this test. With The Lord of The Rings trilogy, Jackson made stories that were thought to be unfilmable into cinematic events of unsurpassed scale and imagination. The Hobbit has now concluded and seems likely to be ranked alongside the Star Wars prequels as the folly of a man overwhelmed with himself. Like Thorin in The Battle of The Five Armies, he has been ensnared by what he loved and will not listen to wiser counsels than his own.

Although my default expectation is that books are superior to film adaptations, I don't hold that with The Lord of The Rings. I had been read The Hobbit several times when I was young but found its successors' single-volume size too intimidating to approach. Years later I went along with some friends to see The Fellowship of The Ring and was transfixed. Spectacle, memory, nobility, and place were all abundant in this story I didn't know but immediately loved. I maintained plot ignorance for the following two years to preserve the thrill of discovery with each new instalment, and found myself deeply satisfied. Finally I opened the books themselves. Here I found a somewhat different version of events but a similar spirit, even if Jackson's movie-maker flair and Tolkien's love of languages* took them in different directions from time to time. Tolkien's history (as it he called it) surely allowed for different accounts to be made of it? True though I think this is, it seems hard to make the same case for The Hobbit.

The book these films were based on has a different character to that which followed it: it is more light-hearted (as much as Tolkien could be) and briefer. Jackson has added some slapstick to attempt the first of these, and ignored the second. He makes the heart of the story, the hobbit, incidental to all the side-shows, hoping to make them show-stoppers. The result is films that feel both too long and too short, an unhappy achievement.

Extra chase sequences merely slow the pace down, the added romantic/family tensions are shallow and facile, and therefore counterproductive. The battles are extended repeats of those in The Lord of The Rings but without the same wow factor because we've literally seen this sort of thing before. (As a friend commented, Jackson does not have the war fatigue that Tolkien himself did. He nailed it in The Return of The King with the doomed attempt to retake Osgiliath in which no actual fighting was shown; he never shows such smart restraint here.)

Whilst these elements heavy-handedly and heavy-footedly take up long hours, other vital ingredients are barely there. Characters and dramatic tension are rarely developed, dialogue (not Tolkien's forte either) is stunted and ponderous. The actors are almost incidental, though Martin Freeman's stock-in-trade mannerisms suit a hobbit perfectly. There is no equivalent to Sean Bean's proudly conflicted prince Boromir, or Viggo Mortensen's soulful Aragorn (arguably a more interesting character than Tolkien's version), let alone the twisted and twisting Gollum of Andy Serkis.  Ian McKellen has become a caricature of Gandalf and the corruption of Thorin by dragon's gold is too unprecedented and disjointed to encourage engagement. Continuity is missing in action - and most of the rest of the time too - as we are hurried on to the next scene in a desperate rush of Jackson's own making to fit everything in.

Also too brief to be successful are the forays into what the books only hint at: Gandalf and the White Council's discovery of Sauron. Tolkien was a writer of incredible organic power. His invented words and places were deeply rooted in British/Nordic mythology and geography, giving his tales a depth that only needed to be hinted at to be sensed. Jackson's Fellowship caught this perfectly with its suggestions and partial explanations. Less really was more, and this film proves it. Fans may have yearned to see the Council go in to battle but all we end up with is a sequence that looks like it came from a beat 'em up video game. Not for the first time in these films, Jackson incorporates this culture that is foreign to Tolkien's thought with tin-eared crudity.

Perhaps most distressing in this final film is the loss of Jackson's sense of place. The Lord of The Rings sometimes seemed like they were commissioned by the New Zealand tourist board but every wide-angle shot made Middle-Earth more whole. The Battle of The Five Armies is almost permanently fixed in one location, The Lonely Mountain, around which cameras relentlessly spin: it is stuck and disoriented.

It is a sad end to what began as a great series. I still love the first three films, and I regularly return to the books that they sent me to, enjoying the pleasure of walking familiar paths and seeing more along them each time. They reward repetition, but I have no desire to return to this second trilogy. It was a tale which grew in the telling - as should never have been allowed to be.

* For a meditation on Tolkien's purpose in writing, read Jon Bloom's article.