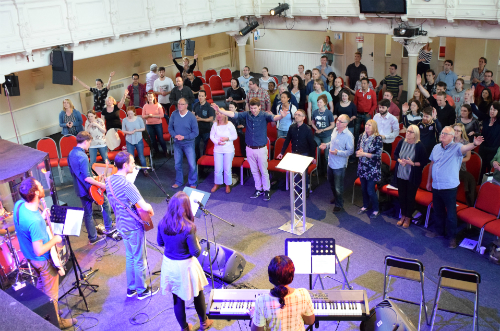 King's hosted a wonderful conference with New Ground - much of the chatter can be found at #MiCon2015. Then I went along to Ten8, which students from King's have helped to set up and serve in order to bless Edinburgh. There are many good things happening, some of which are recorded on Instagram.

The work of Assemble in helping to bring life to Toxteth has earned them a Turner Prize nomination. Oliver Wainwright reports on what they've done.

Adrian Chiles spent 46 consecutive days visiting Catholic churches. Maybe that's what you need to do after working with Roy Keane.

In an excerpt from his latest book, Phil Moore looks at why refueling is so important for Christians. As if to emphasise Phil's point, Garrett Kell considers the research on what characterises pastors who fall into sin, which is no doubt as true for all the other believers.

If you want your boss to pay you more, show them Tim Weinhold's article. He explains how paying workers better wages is both biblical and smart business sense. In yet another parallel piece, James K.A. Smith ponders what's right with inequality, as well as what's wrong. The last line is brilliant.

Finally, here's the story of King's so far...