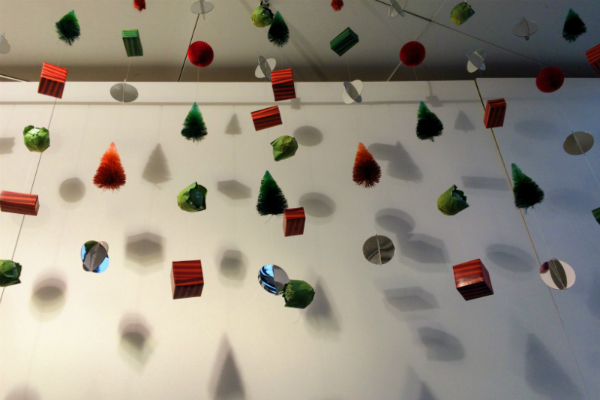 I like what John Lewis have done with their Christmas decorations but they're quite high up.

The Christmas story is so familiar to us: how could anyone say anything new about it? Steve Mathewson shows that there is much more going on in it than most of us think.

Christmas ultimately only matters if it actually happened, which means the historic details in the gospel accounts are important. Ian Paul looks what how they've been challenged and why we can be confident in them.

At the King's Carol service we had another amazing poem by Jennifer Rawson sent to music and video by Stu Kennedy and George Gibson:

Jen isn't the only poet in action at this time of year. Here's Glen Scrivener asking what you think of Christmas, more of which can be found on his Four Kinds of Christmas site: