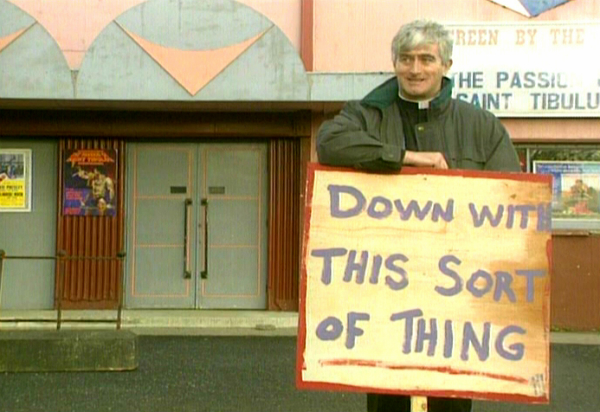 The Lord's Prayer must not be shown in cinemas. Tyson Fury must be removed from the BBC Sports Personality of the Year shortlist. Donald Trump must not be allowed into the UK.

I strongly disagree with Trump in both content and style. I strongly disagree with much of Fury's content and much of his style. I love the content of the Lord's Prayer video but think the Church of England's victim complex is a little disingenuous. However, I'm baffled by the consensus statements above because they don't really make sense. Or at least they don't seem to have any more cohesion than arguments I'd expect to hear in a sixth form common room.

The easiest target is the campaign against Trump. Who seriously thinks that the best way to respond to someone who wants to ban people coming into his country is to ban him from coming into our country? If that's not enough irony for you, the petition calling for this has now got more signatures than the one a few months back saying that the UK wanted to welcome in Syrian refugees! So by sheer weight of numbers the British people have demonstrated that they are more committed to keeping people out than letting people in.

The broader point is stranger. From the 1960s until the turn of the century, Mary Whitehouse campaigned for certain TV programmes, films, plays, etc. to be banned because she believed their content was morally wrong. She was criticised and ridiculed for doing so, and is seen as being on the losing side of recent history. The "winners" or beneficiaries of that battle are now calling for viewpoints and broadcasts that they find objectionable to be banned. They have become the Mary Whitehouses of their time! Maybe this is simply what being in the moral majority does to human beings.

If you want to think more about this, because it's clearly important in our culture, the Mere Fidelity guys discussed the Lord's Prayer advert, and for non-Christian perspectives, Alex Massie and Greg Lukianoff and Jonathan Haidt argued against banning Trump, and the coddling of the American (for which we read Western) mind, respectively.
Labels: Culture