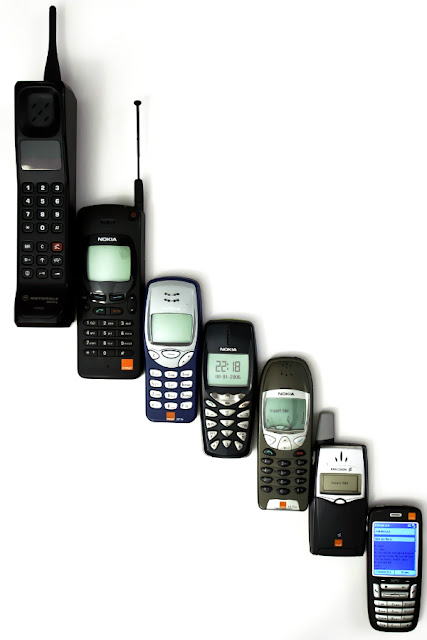 When I was ten, my dad bought me a monstrous Swiss Army knife. Over an inch thick, it had everything from a fish-descaler to a magnifying glass, as well as a finger-threatening wood saw. I loved how many options it gave me, and 25 years later I still use it from time to time (though I leave the task of descaling fish to the professionals).

I get the same satisfaction of multifunction with my smartphone but dissenting voices are crying out from the wilderness. "Dumb phones" (probably a still-stylish Nokia) can be seen in the hands of actor Eddie Redmayne and journalist James Brown, who feel free from the shackles of email. Professor Alan Jacobs is delighted to have dumbed down.

Christianity offers us wonderful dignity. The Holy Almighty God will share Himself and His power with us, freeing us from sin and into right living as we cooperate with Him. So a consequence (or fruit) of the Holy Spirit is self-control (Galatians 5:23). This means that you can use your smartphone and not be used by it: you can use it for good things and not be dragged into bad. You've got a camera, a map, a notepad, a Bible, your calendar and to-do lists, hours of music, piles of great books and articles, and a phone all in one pocket!

But the stakes are high. Jesus warns us about how to react when our actions and reactions aren't what they should be:

If you're somewhere between these two positions, here are some things that I've found helpful:
What these things do is put your phone in its place, which should be your pocket or bag more often than in your hand. Unless someone makes one with a wood saw and a fish descaler built in - that would be another issue altogether.

* If you'd like to choose your own things to read from my usual sources, here you go... Pretty much all the Christian stuff can be found through a Twitter list I've made, although I don't use Twitter to keep up with all of them. I have feeds from my five favourite Christian websites sent through to my Flipboard, and they are Think Theology, Desiring God, Ray Ortlund, The Gospel Coalition, and First Things (a recent entrant). I also use Flipboard to read The Guardian's sport pages, The Verge on technology, The Spectator for right-of-centre politics and New Statesman for left-of-centre politics. I also subscribe to The Week in print. I'm less of a podcaster but I like In Our Time and Mere Fidelity.
Labels: Culture Reflections Technology