An angel's-eye view of Jesus 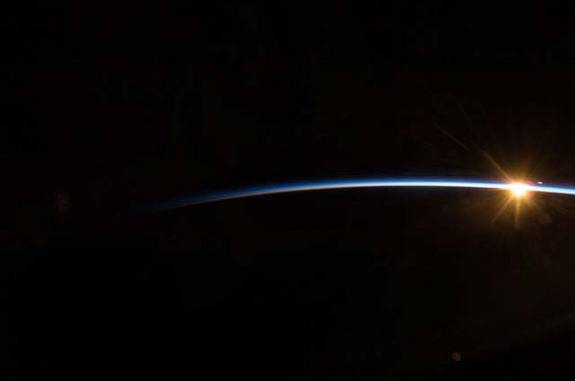 While preparing to preach on Philippians 2:5-11, and with 1 Peter1:12 in mind, I felt inspired to respond to Paul’s exalting description of what Jesus has done…

Elsewhere in this most precious book, we’re told that angels long to look
Into the things that God has done: the saving hope that Jesus won.
Yet He did give them ringside seats to witness this most gracious feat.

Since they were made they’d sung aloud – but please, forget the clichéd cloud
And chubby child with a harp; these are the mighty and their swords are sharp.
His messengers: when they draw near, brave men on earth would shake with fear,
Yet all their songs are for their King whose throne they circle with ten thousand rings
Of countless creatures giving praise to their great Lord: Ancient of Days.
He who is one and also three, total in His unity,
Always in Themself delighting; ever-joyful never striving,
Source of all that’s good and fair: power, justice, beauty, care.

This pulsing love sent waves of words creating spinning galaxies
Matter gathered into stars, then Saturn, Jupiter and Mars,
And Earth, a tiny of speck of planet in a faint Sun’s tugging orbit,
Green of land and blue of sea, a perfect place for harmony.
All this He spoke and formed and filled; out of God’s mind creation spilled,
His gathered forces cheered again as He unveiled His image: men.
The messengers looked on with awe, and saw how perfect people were
To show God’s nature to the rest; as ever He had planned it best.
The birds and beasts and fields and wood, the man and woman: it was good.

But then came shadow, Earth was shaken, as the forbidden fruit was taken,
All the bonds of trust were broken, we were banished far from Heaven.
The messengers saw God’s fierce zeal, and wondered what could ever heal
The evil writhing in all hearts. They heard the Son say: “Let Us start.”
A plan began They had conceived: unlikely children, parted seas,
Blood, and words of hope and love, angelic visits from above.
Clues came of what would happen next, but when it did no-one had guessed
That He would go all the way down, that He would set aside His crown,
No mighty show of divine glory, but a totally new story.
He told His baffled angel host: “I must be able to get close.
“There is no other way for them: God is the only hope of men.
“To pay their debt they need men’s blood, but flowing from a perfect head.
“So I must be the missionary. Gabriel: take the news to Mary.”
The crowd around the throne made room, He left and hid inside a womb.
A baby, just like all the others.

The messengers sang what they knew, that this was hope. Then they returned to their watch, and waited.

Waited thirty years for something to happen, for the glory they’d seen to show itself in Him. But all that anyone ever saw was a boy growing to be a man, treated no differently, except when smirking gossip of His birth went round the town and all the angels had to be held back from bursting on the Earth and giving terrifying testimony of His greatness. Raised eyebrows would be singed by flames if heavenly creatures had their way; but the One who ruled them all held sway.

So the Man on earth began to speak, of things that none had known but all could hear if only they had ears. Groups gathered round to laugh and call Him names, to try to take His life – He whom the angels had surrounded with their praise as God and Maker of all things. He whose word was command in Heaven served everyone He could on earth. The watchers realised they seen this heart before, in the ever-giving Godhead. Now they saw it cross the divide, as Spirit went to Son to give Him strength and Father beamed His pride and boomed out shouts of affirmation: “This is My Son, Whom I love.”

Few there heard that. Instead, their hearts were turned against Him. They made small plans of death and the watchers wondered if now was the time for dazzling vindication. But He let the plotters take Him, and the rulers beat Him; He let them nail Him and something happened that had never happened.

The Father and the Son stopped speaking.

A last and desperate cry of other options for obedience had only nothing for reply. And heaven was silenced of Their music, and angels hushed, unsure of what to say, but knowing not to sing.

Then anger, right and true, for all the wrong that man had done erupted from the throne and fell onto the head of Jesus, hanging half-way on the cross. The screams of pain as judgement pierced Him, anguish of unknown abandon, filth He had not touched surrounding, tidal waves of blood and death crashed down Him. Centuries of lies and lust and things unjust; of hatred, hurt, from words and weapons; all wrongs bitter, foolish, careless, planned, on and on and on Him until there was nothing left.

The storm of God was gone, absorbed in Him.

Afflicted, seemingly diminished, He cried in triumph, “It is finished!”
Then watchers saw three smiles in one: as God declared the job was done.
And death received a man it couldn’t hold: the Prince of Life, Light of World.
He burst its bonds and walked out free, went to His friends announcing peace!
Peace to all those whose sins were great, the Gardener of heaven had opened its gate.
All that was wrong could be undone, the angels sang that hope had come.

His crowd on earth craned necks to look, as from the Earth His leave He took.
The angels said, “He will return, but now it is the Spirit’s turn,
“To walk the Earth and bring new birth:
“A people from every tribe and tongue have been given the final job to be done.”

Swiftly the messengers raced to heaven, to see the welcome He was given.
Countless ranks of creatures bowing, all of them now truly knowing,
That the Son had been the Saviour from millennia before the manger,
That it always was the plan, that God would send Himself for man.
Songs never to be ceased were sung, and crowns before His feet were flung.
Then the voice above all others, pleased to have His grace discovered, spoke:
“My Son did all I asked!” And what He showed made Heaven gasp:
The glory ever-there appeared afresh: not lessened but enhanced by flesh.
The Man with scars upon His hands, is God – and ruler of all lands.
Returning soon, to claim His crown, while every one of us bows down,
And cries out, “Jesus Christ is Lord,” to the praise of His name and the glory of God.