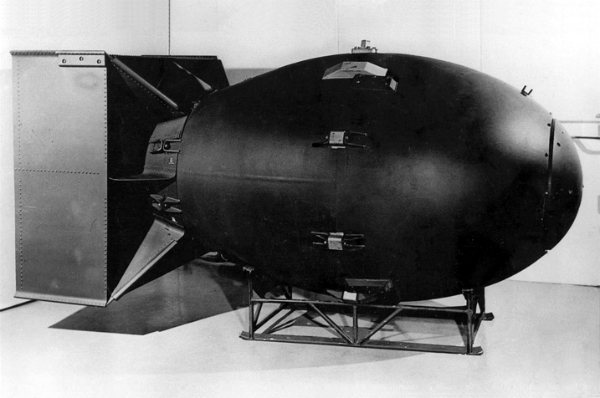 Lenin observed, “There are decades where nothing happens; and there are weeks where decades happen.” I’m not sure how the maths of this translates to a year but I expect many of us would consider 2016 to be well above average for Events.


C.S. Lewis advocated reading dead writers more than we read living ones. As a professor of mediaeval and renaissance literature, his library was larger and deeper than most of ours but reading Lewis himself (1898-1963) is at least a start. Awareness of the past prevents us from savouring the subtle pleasure we take in saying how unique the times in which we live are. However much technology advances and sin metastasises, “there is nothing new under the sun,” (Ecclesiastes 1:9) and reading those whose wisdom has survived decades and centuries will likely teach us this.

Here, then, is Lewis’s advice to people living in the 1940s with a new and imminent threat of death by nuclear warfare. We can substitute whichever of 2016’s ills that grieve us most in its place:

In other words, do not let us begin by exaggerating the novelty of our situation. Believe me, dear sir or madam, you and all whom you love were already sentenced to death before the atomic bomb was invented: and quite a high percentage of us were going to die in unpleasant ways. We had, indeed, one very great advantage over our ancestors - anaesthetics; but we have that still. It is perfectly ridiculous to go about whimpering and drawing long faces because the scientists have added one more chance of painful and premature death to a world which already bristled with such chances and in which death itself was not a chance at all, but a certainty.

This is the first point to be made: and the first action to be taken is to pull ourselves together. If we are all going to be destroyed by an atomic bomb, let that bomb when it comes find us doing sensible and human things - praying, working, teaching, reading, listening to music, bathing the children, playing tennis, chatting to our friends over a pint and a game of darts - not huddled together like frightened sheep and thinking about bombs. They may break our bodies (a microbe can do that) but they need not dominate our minds.

(From On Living in An Atomic Age)

Despite first appearances, this is not "keep calm and carry on". A poem he wrote on the same theme explains his perspective:


On the Atomic Bomb (Metrical Experiment)

So; you have found an engine
Of injury that angels
Might dread. The world plunges,
Shies, snorts, and curvets like a horse in danger.

Then comfort her with fondlings,
With kindly word and handling,
But do not believe blindly
This way or that. Both fears and hopes are swindlers.

What’s here to dread? For mortals
Both hurt and death were certain
Already; our light-hearted
Hopes from the first sentenced to final thwarting.

This marks no huge advance in
The dance of Death. His pincers
Were grim before with chances
Of cold, fire, suffocation, Ogpu, cancer.

Nor hope that this last blunder
Will end our woes by rending
Tell us herself asunder –
All gone in one bright flash like dryest tinder.

As if your puny gadget
Could dodge the terrible logic
Of history! No; the tragic
Road will go on, new generations trudge it.

Narrow and long it stretches,
Wretched for one who marches
Eyes front. He never catches
A glimpse of the fields each side, the happy orchards.

In both prose and poetry, Lewis tells us to look elsewhere when terror is before us. The lovely mundanity of domestic life, the tentative offering of creative acts, the warm affection of friendship, and the happy orchards themselves... these aren't means of escape from the real world, they are the signs of a better, truer world.

The tone of this may seem all very British - but it is a Britain steeped in the hope-full gospel of Jesus Christ, who ate and drank and laughed and walked and talked among us, and who promised to return to this world and wipe every tear from every eye in His great and final victory over death, sin, and darkness. In its description of the abundant eternal life to come, the book of Revelation mentions trees bearing fruit which will sustain us at all times - quite possibly Lewis's "happy orchards". By focusing on these real hopes, we can see evil for what it is and face it head on: it will not last, it can be confronted, it need not dominate us: