On the naming of telescopes


Io, Europa, Ganymede, and Callisto: the four largest moons of Jupiter. Jupiter, the largest planet in our solar system, which has been visited by spacecraft in the series Pioneer, Voyager, Cassini, Galileo, and most recently, Juno.

Looking up to the heavens elicits wonder in most of us, whether our understanding of them has never truly improved since we ticked off constellations listed in I-Spy with David Bellamy: Night Sky, or we are among the smarter class of employee at NASA. The use of mythology to name some of what we see seems somehow commensurate with this wonder. 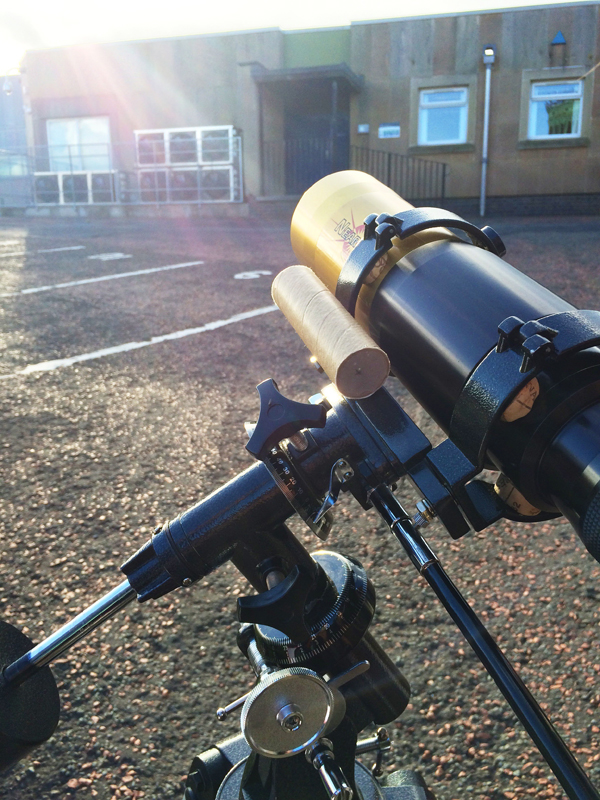 The tools we use to see with are barely less wondrous. When visiting The Royal Observatory, Edinburgh yesterday, as part of the annual Doors Open weekend, I looked through a solarscope (above) and was able to witness solar flares coming off the surface of the sun. Marvellous to me, this was basic by comparison with other projects underway on the site. Among these was involvement in the construction of a telescope whose 39-metre primary mirror is constructed of 798 hexagonal segments, engineered to a smoothness that is proportionally shallower than a 2 millimetre wave in the Atlantic Ocean (total area 106,400,000 square kilometres). It will be able to fire six lasers 80 kilometres into the sky, and focus perfectly on an object the size of a bumble bee at an equivalent distance of Land’s End to John O’Groats.


It will take eleven years to construct, after which it is expected, according to Wikipedia, "to vastly advance astrophysical knowledge by enabling detailed studies of planets around other stars, the first galaxies in the Universe, super-massive black holes, and the nature of the Universe's dark sector, and to detect water and organic molecules in protoplanetary disks around other stars." In other words, it will show us things we have never seen before. And do you know what this feat of engineering is to be called?

The engineer we spoke with could explain why a telescope needs to fire lasers (information that went as swiftly out one ear of mine as it had arrived in the other, no fault of his) but had no explanation for this unacceptable, wooden literalism that gives science a bad name. A telescope by any other name would look as far, but given the gasps of wonder and leaps in knowledge it should provoke, surely something grander than mere adjectives should be found for it.

I believe President Bartlet would agree…