This is the news? 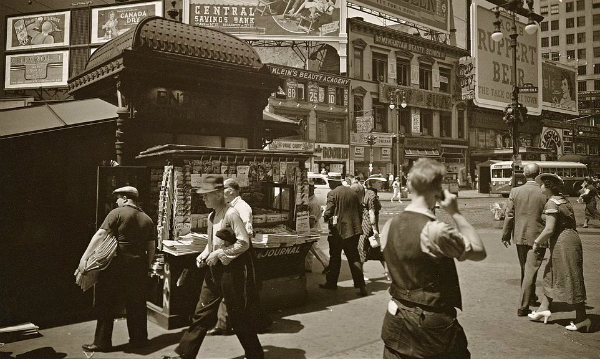 “It's amazing that the amount of news that happens in the world every day always just exactly fits the newspaper.”

Jerry Seinfeld’s observation is under threat as rolling TV news coverage and the infinitude of the internet may have found their perfection subject in Donald Trump. It seems that the news is going to be in the news a lot, which makes this as good a time as any to share how I try to deal with news. It needs dealing with, with all the dramatic music, emotive images, huge font headlines, and events that are important and matter to us. Here are three things I keep in mind:

1. Everyone has a bias

Whenever I’m reading or watching or hearing the news, I need to remember that the person I’m getting it from has a way of seeing the world (which I may or may not agree with) and that will affect what they tell me and how they tell me it. They may or may not be conscious of this, but it has to be there because none of us are neutral, we all have preferences and principles. Then I must measure myself by the same standard: I probably won’t notice the bias if I share it, but I will be horrified by the discovery of it when it disagrees with me.

This is true whether you prefer the Guardian or Daily Mail. Yes, it is. Mollie Ziegler Hemingway has put together some recent examples of how this has been working itself out for journalists opposed to President Trump, and Ross Douthat has warned that those who behave that way, “while believing themselves to be nobly resisting Trump, they end up imitating him.”

2. Everything wants your attention

Have you ever seen a news bulletin on the TV that began with the headline, “Not much has happened today, to be honest”? News needs attention because it can’t make money otherwise, and the people involved in it want to feel that what they’re doing is significant. The need for money is why you get so many enticing headlines on websites and trails for what’s coming next on TV, the need for attention is why nearly everything gets described as “historic”.

Neither of these points mean we shouldn’t be informed of what’s happening. I’ve subscribed to The Week magazine for over a decade because I think it mitigates the bias and attention-grabbing issues somewhat. It’s a digest of the main news stories, bringing together multiple perspectives on them from the best sources around the world, and it also has a slightly less urgent feel than hourly or daily news bulletins.

I don’t think that Christians have a monopoly on telling the truth, although we should be the must trustworthy people around (Ed Stetzer has made a plea for this). But this point is about the perspective that Christianity should bring. Most of what you see and hear and read will have been produced by people who think that this life is all there is: there is no God (or He is absent), there can be no miracles, there isn’t a coming Day of judgement and redemption. Not knowing those kind of things is going to affect your hope.

This is why I think Christians need to read the good news in the Bible more than they need the news. Only then will we really know what’s going on.