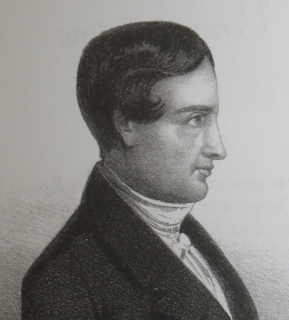 Robert Murray McCheyne (1813-43) is known among evangelical Christians for the disputed spelling of his surname (in which he has my sympathies) and his plan for reading the Bible in a year. David Robertson's Awakening (Authentic, 2004) introduced me more thoroughly the man himself, and what God did through and around him. Here are some quotes from McCheyne that I found particularly inspiring...


"Unfathomable oceans of God’s grace in Christ are for you. Dive and dive again, you will never come to the bottom of these depths. How many millions of dazzling pearls and gems are at this moment hid in the deep recesses of the ocean caves?"

"Learn much of the Lord Jesus. For every look at yourself take ten looks at Christ. He is altogether lovely… Live much in the smiles of God. Bask in his beams. Feel his all-seeing eye settled on you in love, and repose in his almighty arms."

"The greatest need of my people is my own holiness."

"Sometimes, I believe, He [the Holy Spirit] comes like the pouring rain; sometimes like the gentle dew."

"I have myself once or twice seen the service in the house of God continue till about midnight. On these occasions the emotion during the preaching of the word was so great, that after the blessing had been pronounced at the usual hour, the greater part of the people remained in their seats, or occupied the passages, so that it was impossible to leave them. In consequence of this, a few words more were spoken suited to the state of awakened souls; singing and prayer filled up the rest of the time. In this way the meeting was prolonged by the very necessity of the case. On such occasions I have often longed that all the ministers in Scotland were present, that they might learn more deeply what the true end of our ministry is. I have never seen or heard of anything indecorous at such meetings; and on all such occasions, the feelings that filled my soul were those of the most solemn awe, the deepest compassion for afflicted souls, and an unutterable sense of the hardness of my own heart. I do entirely and solemnly approve of such meetings, because I believe them to be in accordance with the word of God, to be pervaded by the Spirit of Christ, and to be ofttimes the birthplaces of precious, never-dying souls. It is my earnest prayer that we may yet see greater things than these in all parts of Scotland."

"If we have solid ground to believe that a fellow-sinner has been, by the Holy Spirit, grafted into the true vine, then we have ground to believe that we are vitally united to one another for eternity. The same blood has washed us, the same Spirit has quickened us, we have leaned upon the same pierced breast, we love the same law, we are guided by the same sleepless eye, we are to stand at the right hand of the same throne, we shall blend our voices eternally in singing the same song: ‘Worthy is the Lamb’. Is it not reasonable, then, that we should own one another on earth as fellow-travellers to our Father’s house, and fellow-heirs of the incorruptible crown? Upon this I have always acted, both in sitting down at the Lord’s table and in admitting others to that blessed privilege."